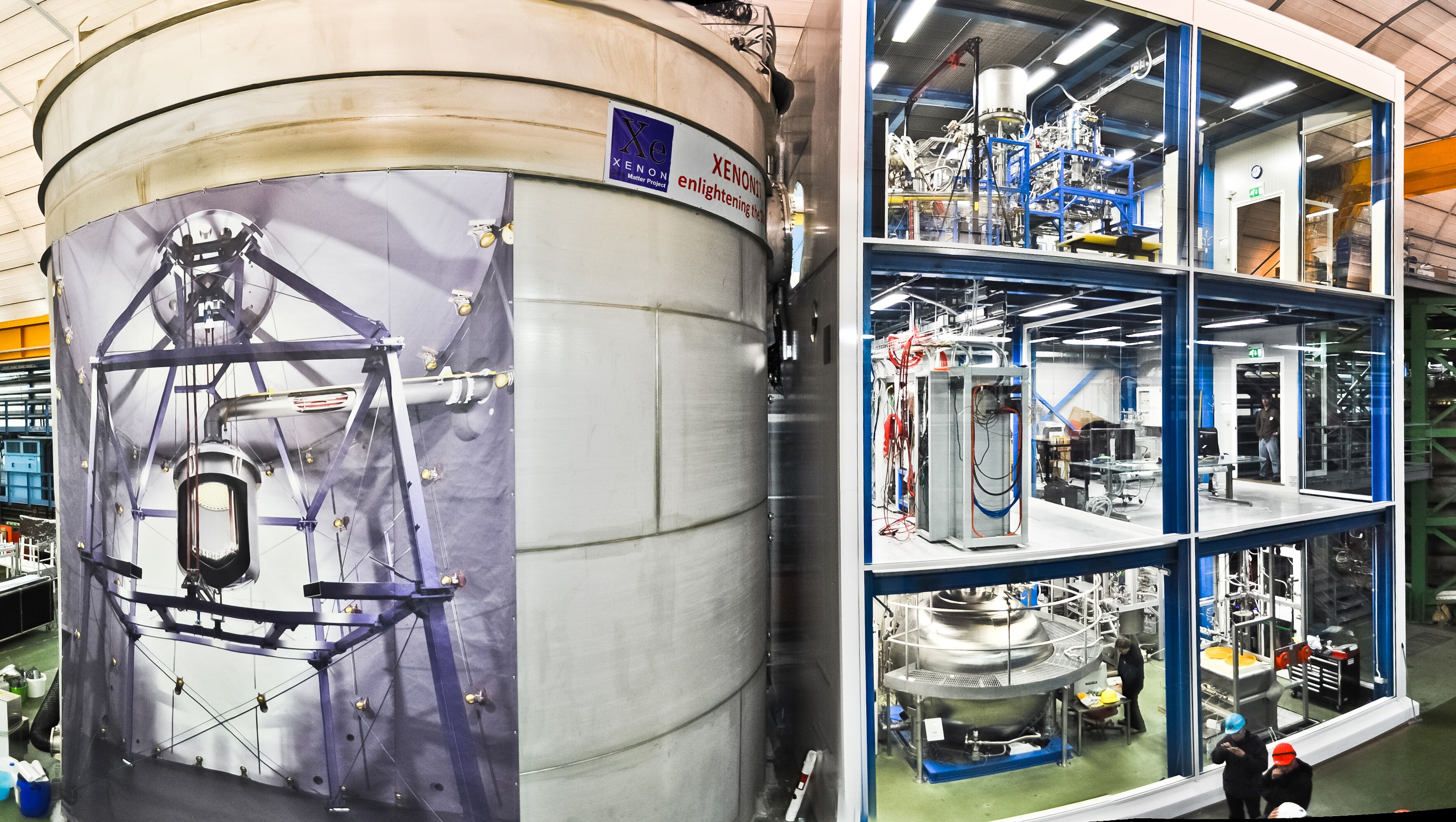 The XENON/DARWIN and LUX-ZEPLIN collaborations have now joined forces to work together on the design, construction, and operation of a new, single, multi-tonne scale xenon observatory to explore dark matter. The detector will be highly sensitive to a wide range of proposed dark matter particles and their interactions with visible matter.

Over the last 20+ years, experiments using liquefied xenon targets have delivered world-leading results in the global quest for direct dark matter detection. This next-generation detector aims to continue the pursuit.

Dark matter makes up 85% of the matter in the Universe, but its nature remains a mystery. The direct identification of the dark matter particle is amongst the highest priorities in science and also one of the most challenging. The primary science goal of the new joint observatory is to reach a sensitivity for detecting dark matter in our galaxy by at least a factor of 10 beyond that of the current generation of detectors.

The current xenon-based experiments XENONnT and LUX-ZEPLIN will start their first science runs in 2021, to lead the race to detect the first signs of new particles and interactions. These experiments employ 5.9 and 7.0 tonnes of liquid xenon for the search, respectively. The LUX-ZEPLIN experiment operates at the Sanford Underground Research Facility (SURF) in the USA. The XENONnT experiment is located at the INFN Gran Sasso Laboratory (LNGS) in Italy. DARWIN is the evolution of the XENON program and includes additional groups, focusing on several R&D aspects required for the much larger detector.

Beyond its unparalleled sensitivity to dark matter, the detector’s large mass and unprecedented low background level will also enable world-leading searches for additional signatures of physics beyond the Standard Model of particle physics that would similarly revolutionize our understanding of the universe. In particular, the secondary science goal will be the search for neutrinoless double-beta decay in xenon, shedding light on the nature of the neutrino and the imbalance of matter and antimatter in the universe. The observatory will also perform searches for other rare processes and particles such as axions, hypothetical particles that might be emitted from the Sun. It will also measure neutrinos created in the Sun, the Earth’s atmosphere, and potentially those from Galactic supernovae.

The new multi-tonne liquid xenon detector will combine the most successful technologies employed in rare-event searches with xenon detectors, including those developed for XENONnT and LUX-ZEPLIN, and from targeted R&D including that supported under DARWIN.

After a very successful first joint workshop [1] in April 2021, 104 research group leaders from 16 countries have signed a memorandum of understanding on July 6, 2021. Scientific cooperation has now begun to realize this next-generation rare event observatory.

The location of the proposed experiment has yet to be determined.

[1] Details of the Workshop and the Full List of Signatories can be viewed at https://indico.cern.ch/event/1028794/