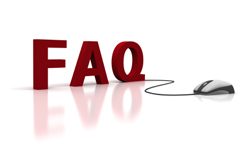 Why building a laboratory under a mountaiun?
Answer: The type of rock of Gran Sasso massive offers a perfect shield from natural radiation of cosmos: cosmic rays. Under the mountain, where the cosmic rays’ flux is reduced by a million times, it is possible to study particles very hard to detect such as neutrino or dark matter, and rare events such as double beta decay.

What is dark Matter?
Answer: Universe is mainly constituted (more than 90%) by a type of matter not visible through traditional technique, such as observatory and antennas, because it doesn’t produce any electromagnetic radiation as the visible light or X and gamma rays. This matter is called “dark” and is considered one of the most …..riddle of astrophysics of the last years. Other experiments ongoing at the Laboratory engaged in the detection of dark matter particles are DAMA/Libra, CRESST, DarkSide and Xenon1T.

Is there any other similar laboratory in the world?
Answer: Yes, several other Countries have realized underground Laboratories taking advantage of existing structures as for instance mines ( Homestake in USA, SNO in Canada and Kamioka in Japan) or building located next to tunnels (at Frejus and under Monte Bianco). Respect to these other laboratories are smaller and not that easy to access; as a matter of fact they host just one experiment. Gran Sasso National Laboratory is the biggest laboratory in the world, its dimensions enable it to host different experiments simultaneously.

How many people work at the Laboratory ?
Answer: The Gran Sasso National Laboratory “work-force” consists of around 40 physicists and engineers, and 60 employees among technical and administrative personnel. According to their different competences these people work in the underground halls, in the realization of scientific apparatus or in the maintenance of service plants, or in offices and workshops located in the external structure. The experiments are managed by international collaboration involving more than 950 researchers from 32 countries all over the world.

Are there practical applications of these researches?
Answer: It’s not so easy to foresee what kind of practical application could derive by fundamental research. Many objetcs around us, basic part of our daily life, (TV, PC, microwave owen, etc.), would have never been realized without a discovery resulting from the fundamental research. Sometimes instrumentations realized for particular research become indispensable to public use. For example, the World Wide Web (conceived and developed at CERN Laboratory of Geneve) formerly used by physicists for quick exchanges of information, has made Internet available to everybody. Most recent applications of researches developed in the National Institute for Nuclear Physics (INFN) concern the field of medicine, of cultural heritage and know-how transfer to industry.