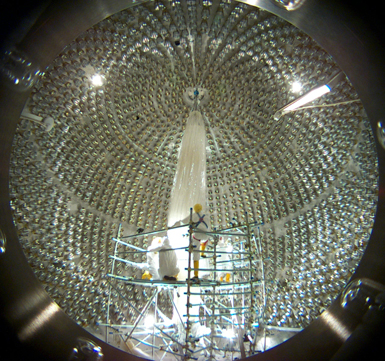 The results obtained by the Borexino collaboration and published last November 25th on Nature, have been included in the international magazine Physics World listed among the ten most relevant scientific results of 2020 with the following quote: “to Borexino collaboration for the observation of CNO cycle neutrinos in the Sun”. It is the only results among the Top Ten, concerning astroparticle Physics.

Borexino, an experiment located at the Gran Sasso National Laboratory of INFN, has obtained the first ever detection of neutrinos produced in the Sun by the CNO cycle (carbon-nitrogen-oxygen): it is an experimental result of historical value, which completes a chapter of physics that started in the 1930 decade of the last century whose implication in the field of astroparticle physics is enormous.

Since the CNO cycle is the predominant process in stars most massive than the Sun, this result provides the first experimental evidence of what is the dominant channel in the universe for hydrogen burning.

LNGS - Servizio Relazioni Esterne - This email address is being protected from spambots. You need JavaScript enabled to view it.