The Large Volume Detector (LVD) at the INFN Gran Sasso National Laboratory (LNGS), Italy, is an underground neutrino observatory mainly designed to study neutrinos from core-collapse supernovae. It is in operation since 1992, under different larger configurations. The final upgrade took place in 2001, when LVD became fully operational, with an active mass M=1000 t. LVD consists of an array of 840 scintillator counters, arranged in a compact and modular geometry. The experiment has been monitoring our Galaxy since June 1992. No neutrino burst candidate has been found, the resulting 90% C.L. upper limit to the rate of gravitational stellar collapses being the most stringent among the existing limits.
Since July 2005 LVD has taken part to the Supernovae Early Warning System (SNEWS), the network of supernova neutrino observatories whose main goal is to provide the astronomical community with a prompt alert for the next galactic core-collapse supernova explosion.
Since 2006 LVD has acted as a far monitor for the CERN Neutrinos to Gran Sasso (CNGS) high energy, wide band νμ beam, set up at Cern and sent towards the LNGS. During 2012 LVD measured the CNGS neutrino time of flight establishing a new limit on the difference between the neutrino and the light speed that resulted to be an order of magnitude lower than previous direct measurements.

LVD is located in the hall A of the LNGS. The detector consists of a three-dimensional array of 840 scintillator counters, 1.5 m3 each, arranged in a modulargeometry (figure 1). Any counter contains 1.2 t of liquid scintillator (CnH2n+2 with a mean n value of 9.6), for a total mass of M=1000 t. Thewhole array is split into three identical parts (towers) with independent power supply,trigger and data acquisition. In turn, each tower consists of 35 cluster of 8 counters (modules). Each counter is viewed from the top by three photomultipliers (PMTs). The modularity is a key feature of LVD, since it allows to achieve a very high live time, which is essential in the search for unpredictable sporadic events. LVD can be serviced during data taking by stopping only the part of the detector that needs maintenance. 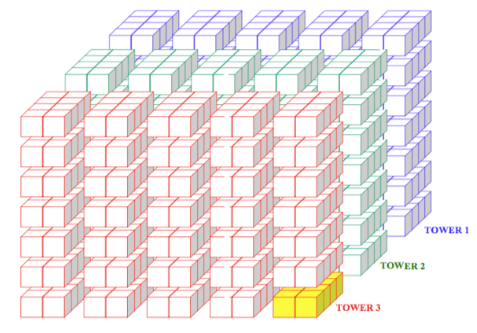 Figura 1: scheme of the arrangement of the counters in LVD

The following table collects some general informations regarding LVD.

When a charged particle crosses one LVD counter, light is produced by the liquid scintillator. This light is collected by the PMTs of the counter, which convert it into an electric signal.

which gives two detectable signals. The prompt one is due to the e+ , followed by the signal from the (n,p) capture (Eγ = 2.2MeV), with a mean delay of 185 ± 5 μs.
The trigger logic is optimized for the detection of both products of the IBDand is based on the three-fold coincidence of the PMTs of a single counter. Each PMTis discriminated at two different thresholds resulting in two possible levels of coincidenceamong the PMTs of one counters: H and L, corresponding respectively to an energy of EH ~ 4 MeV and EL ~ 0.5 MeV.
When a trigger is formed, the charge and time of the three summed PMTs signals are stored in a memory buffer.
Beside IBD, neutrino interactions on Carbon nuclei, electrons and Iron nuclei (present in the support structure) are also detectable by LVD. 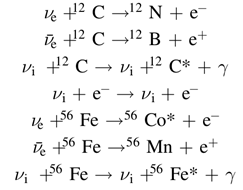 The search for neutrino burst candidates is performed by studying the temporal sequence of triggers, looking for clusters. For each cluster, with multiplicity m and duration ∆t, the imitation frequency by the background Fim is calculated as a function of the background rate. A cluster is defined a neutrino burst candidate if Fim< 0.01 y-1. No candidates have been found over 7335 days of operation, from June 1992 to December 2013. The resulting 90% C.L. upper limit to the rate of core-collapse supernovae in the Galaxy is 0.11 y-1.
LVD has been partecipating to the Supernovae Early Warning System (SNEWS) since July 2005 (snews.bnl.gov). This is an international collaboration including several experiments sensitive to a core-collapse supernova neutrino signal in the Galaxy and neighbourhood. The goal is to provide the astronomical community with a prompt and reliable alert of the occurrence of a Galactic supernova event, generated by the coincidence of two or more active detectors.
Since 2001 a fast and reliable on-line n-burst monitor has been implemented in LVD. The algorithm is based on the search for clusters of triggers within a fixed time window, ∆t=20 s. The cluster is simply characterized by its multiplicity m, and its Fim can be calculated. When a cluster has Fim<1 month-1, it is sent to the SNEWS coincidence server.
LVD is also sensitive to νμ from theCERN Neutrinos to Gran Sasso (CNGS) beam. The CNGS project is a high energy, wide band νμ beamset up at CERN and sent towards the LNGS. Its main goal is the observation of the ντ appearance, through neutrino flavour oscillation. Due to its large areaand active mass, LVD can act as a beam monitor, detecting the interaction of neutrinosinside the detector and the muons generated by the νμ interaction in the rock upstream thedetector. The monitor capabilities have been confirmed during CNGS runs since 2006.
The CNGS events in LVD can be subdivided into two main categories:
LVD also partecipated to the measurement of neutrino velocity by detecting events from the special bunched neutrino beam which was delivered from May 10th to May 24th, 2012. A part of the detector was modified in order to improve its timing performances. After quality cuts, 48 events from the bunched beam were useful for the determination of the time of flight of neutrino from CERN to LNGS. The difference among the time of flight of neutrinos and the time of flight at the speed of light was found to be compatible with zero, with a precision of 3.2 ns. The corresponding 99% C.L. limit on the speed of neutrino resulted to be:

These values are an order of magnitude lower than previous direct measurements.

Spokesperson
This email address is being protected from spambots. You need JavaScript enabled to view it. (Bologna University and INFN Bologna)