Life on the Earth has evolved over billions of years in the presence of natural environmental radioactivity coming from cosmic rays and Earth’s crust radioactive isotopes, constantly dealing with them. Understanding whether and how environmental radiation background influences metabolism of living beings is therefore an extremely important aspect in low-dose radiobiology. A better understanding of the biological response to the natural background radiation is relevant not only for improving our knowledge on life evolution, but also for assessing the robustness of the present radiation protection system at low doses, such as those typically encountered in everyday life.

For these purposes, useful information can be acquired through the analysis of the differences found in biological systems maintained in parallel in reference conditions (Reference Radiation Environment, RRE) and in conditions of strongly reduced environmental radiation background (Low Radiation Environment, LRE). For the low background experiments, research infrastructures play a fundamental role and underground facilities represent a unique opportunity since they are naturally radiation shielded. In the National Laboratory of the Gran Sasso (LNGS/INFN) underground facility the cosmic rays flux is reduced by a factor 106 and the neutrons flux by a factor of 103 with respect to the external environment. (https://www.lngs.infn.it/en/lngs-overview).

The experiments called PULEX, carried out at the LNGS since the mid-1990s, on cells of different origins (yeast, rodent, human) showed that environmental radiation can act as a stimulus to trigger defense mechanisms against genotoxic damage. Cells grown in RRE are more resistant than those grown in LRE. The experiments carried out in the framework of COSMIC SILENCE, currently in progress, have the purpose of studying the molecular mechanisms involved in the biological response to different environmental radiation conditions in model organisms, both in vitro and in vivo, at different levels in the phylogenetic scale. The FLYINGLOW project, launched in 2016 with an initial funding from the Fermi Center, is part of this series of experiments and exploit the fruit fly Drosophila melanogaster as model organism. Human and Drosophila share high homology both at molecular and genetic level: ~75% of the known genes involved in human diseases have a Drosophila homologue. Moreover, fruit fly has been used for more than a century as model organism in radiobiology.

The RENOIR experiment, recently funded by INFN-CSN5, aims to understand whether the different biological response observed at LRE respect to that at RRE is related to an overall increase of the dose-rate exposure or to the contribution of specific component(s) of the radiation field [18].

Many studies focused on the analysis of the influence of environmental radiation on living matter have highlighted how reduced background radiation can indeed influence cellular metabolism. In 1995, taking advantage of the opportunity represented by the underground LNGS laboratories, Luigi Satta and collaborators carried out experiments to study the mutagenic potential of chemical agents in yeast maintained in parallel for 120 generations in LRE and in RRE at the La Sapienza University in Rome. They showed that the permanence in LRE decreases Saccharomyces cerevisiae defense mechanisms against chemical radio-mimetic compounds [1].

Since then, as part of a more extensive collaboration, many radiobiological studies have been carried out in the LNGS underground laboratories. The PULEX experiments (so called in contrast to the MACRO experiment) have deepened the in vitro studies on the influence of environmental radiation on the metabolism and on oxidative stress response of both rodent and human cultures kept in parallel, for a number of generations comparable to that of yeasts, under different background environmental radiation conditions [2,4]. Overall, the data obtained showed that, as for yeasts, mammalian cells maintained in LRE show a different biochemical behaviour with respect to cells maintained in RRE. Intriguing, cells grown in the Gran Sasso underground laboratories are less protected against DNA damage caused by chemical and physical agents and show a reduced ability to scavenge reactive oxygen species (ROS) compared to cells cultured in the reference laboratory, e.g. at the Istituto Superiore di Sanità (ISS) in Rome. The most recent COSMIC SILENCE activities have the purpose to get more insight on the role of environmental radiation in the biological response of different model systems. In particular, COSMIC SILENCE’s goal is to study the molecular mechanisms involved using different in vitro model systems (e.g. A11 hybridoma cells derived from the transgenic pKZ1 mouse) [5] and to extend the study to in vivo model systems with different phylogenetic complexity, starting from the fruit fly Drosophila melanogaster [9-14].

The results obtained so far on A11 cells (kindly donated by P.Sykes, Flinders University, Adelaide, Australia) maintained for 1 month in parallel cultures both in the underground LNGS laboratory and in the ISS reference laboratory have reinforced the hypothesis that environmental radiation can contribute to the development and maintenance of defense mechanisms against oxidative stress. Furthermore, a 5 cm iron shielding, which lowers the gamma component of the radiation spectrum by a factor ≈4 does, not significantly modify gene expression in LRE cells [17] To further investigate this aspect, experiments are in progress in collaboration with J.B. Smith and collaborators (University of New Mexico, NM, USA) aimed at increasing the LRE gamma background level. Using mammalian cells and bacteria grown in LRE in the underground laboratory at the Waste Isolation Pilot Plant (WIPP), USA, Smith and collaborators obtained experimental evidence in agreement with those obtained at LNGS [6,7].

In order to extend the analysis to multicellular organisms, a dedicated facility for in vivo experimentation has been set up at the LNGS underground laboratory. This facility, called Cosmic Silence, located close to the PULEX cell culture facility, is equipped with temperature, humidity and light control systems as well as of an independent air ventilation system [8]. In the framework of the FLYINGLOW project, Drosophila wild-type and DNA repair mutant strains were maintained in parallel both at the Cosmic Silence facility (LRE) and at the external reference laboratory at the University of L’Aquila (RRE). Physiological parameters such as lifespan, fertility and motility of flies were evaluated and the efficiency of DNA repair systems was compared. These studies have shown that the development of Drosophila, as well as the response to genotoxic stress, is different in flies grown in LRE compared to those grown in RRE [15,16]. In agreement with the previous in vitro findings, these results represent the first experimental evidence of the influence of environmental radiation in a complex organism, and provide important information for both applied and basic science (radiation protection and evolution of living beings).

The recent RENOIR experiment aims to give an interpretation of the biological results obtained with the previous experiments on the basis of the different components of the radiation field.

It has two main objectives:

In the framework of this experiment, we will characterize the radiation field by semi-quantitative in-situ gamma spectroscopic measurements using a high-efficiency commercial portable spectrometer (80% HpGe). With this technique we will collect and elaborate the gamma spectra to gain information about the gamma fluxes in the experimental sites. Moreover, the gamma dose rates will be measured at RRE and LRE laboratories with organic scintillator dose rate meters and high sensitivity thermo-luminescent detectors (TLD-700H).

In the attempt to detect thermal neutrons, we will subtract the gamma contribution measured by TLD-700H from the TLD-600H gross reading, these latter also exhibiting a large thermal neutron absorption cross section. To perform a dosimetric and spectroscopic investigation of the neutron field in a wider energy range, we will use a BF3 proportional tube in particular a Boron trifluoride detector (Centronic) and the DIAMON spectrometer, a low energy resolution neutron spectrometer developed by the Nuclear Measurements group (Energy department, PoliMi, Italy) in collaboration with RAYLAB [19].

Moreover we will carry out Monte Carlo simulations to characterize radiation field components that are not completely detectable by our instrumentations (for example muons) and to arrange a suitable dose model inside both LRE and RRE. Simulations will also help in the design and realization of the devices we are implementing for decreasing or increasing the gamma dose rate. Indeed, the modulation of the gamma component of radiation field is linked to the second major goal of RENOIR.

In order to reduce of several hundred times the gamma component at RRE, we are adapting to our purposes a Gamma spectroscopy shield. The 10 cm thick lead hollow cylinder will be equipped with a properly designed ventilation system to prevent the accumulation of radon and with a temperature and light control system for proper Drosophila maintenance. 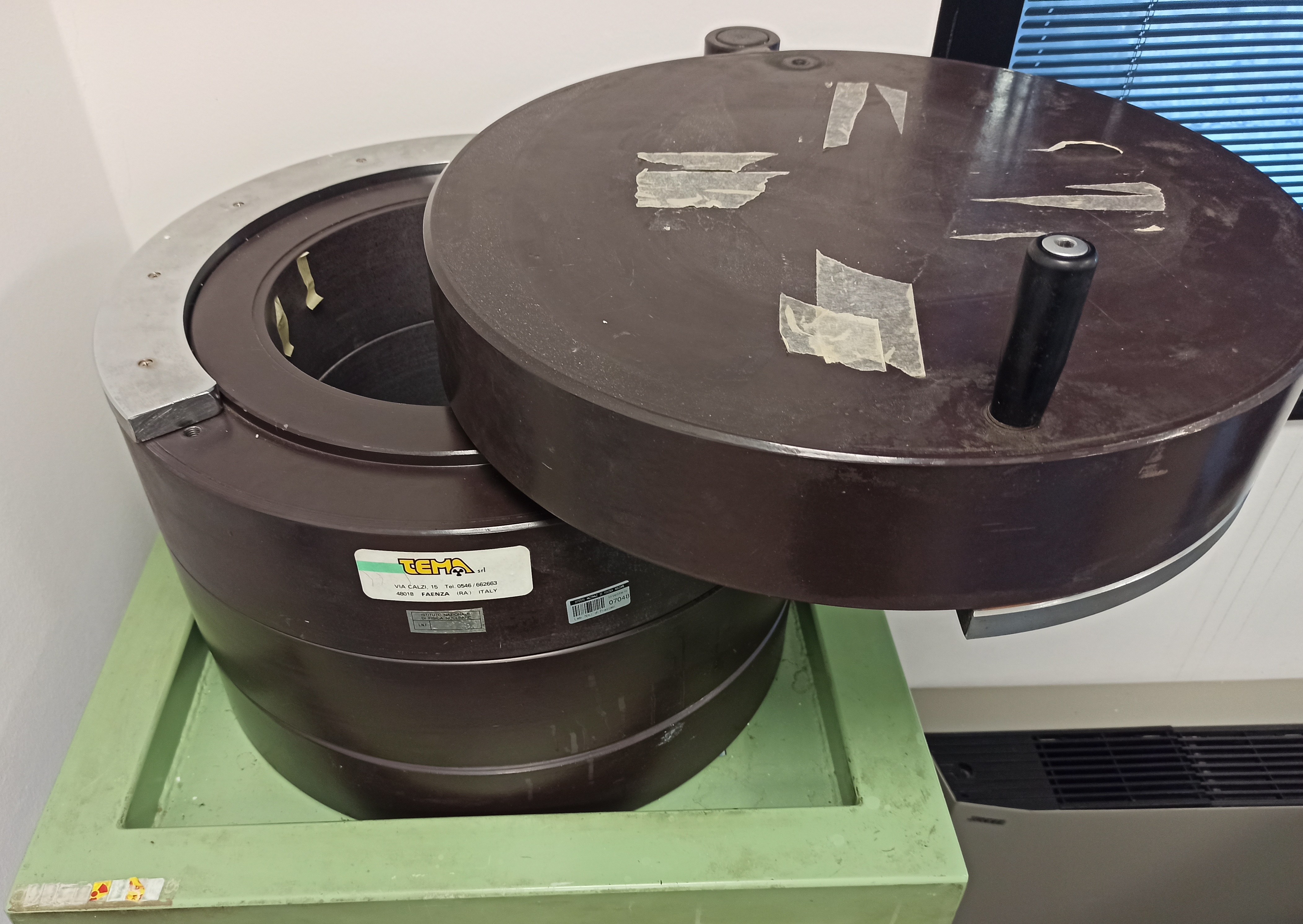 To increase the gamma component at LRE, we will use especially designed Marinelli beakers filled with natural gamma-emitter building material (tuff and pozzolana), and sealed to avoid any radon exposure. 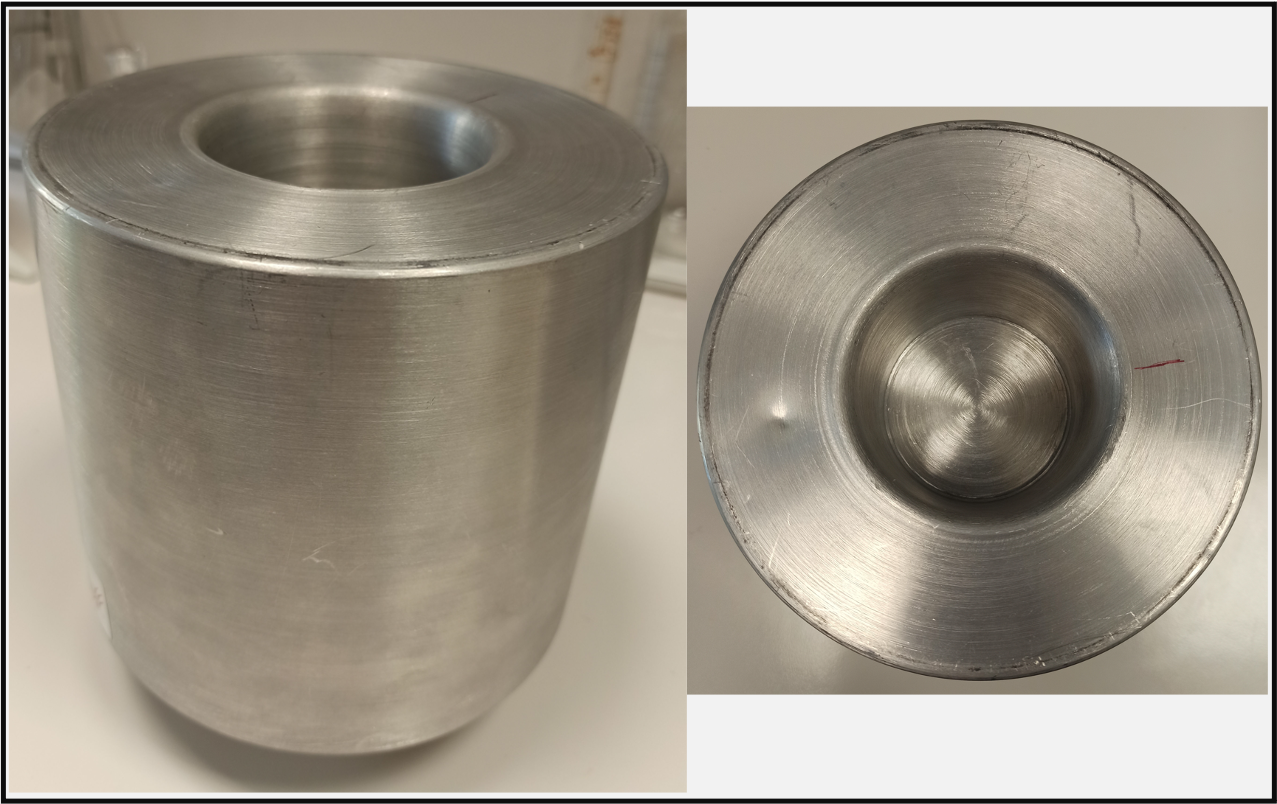 Starting from the measured value of about 20 nGy/h for gamma rays at LRE (i.e., the only low LET radiation type in this environment), we will gradually increase this contribution up to the total dose rate value of the low LET components at RRE (i.e., gamma rays plus muons) and even beyond.

We are carrying out fertility tests at RRE and LRE focused to evaluate whether the reduction of radon levels in the LRE, achieved thanks to a more efficient ventilation system, has any influence on our previous findings. We will also investigate the maintenance of positive selection of specific DNA damage response mutants already identified in previous experiments [15].

In order to get more insight into molecular mechanism underlying the biological responses observed, the deep-sequencing technology RNA-seq will be performed to measure differential gene expression and transcription activation at genome-wide level.

Currently, these activities are carried out in the framework of the INFN-ISS “Operative Collaboration for R&D activities in the field of on Radiobiology”, as foreseen by the “Accordo Quadro” between the two Institutes.